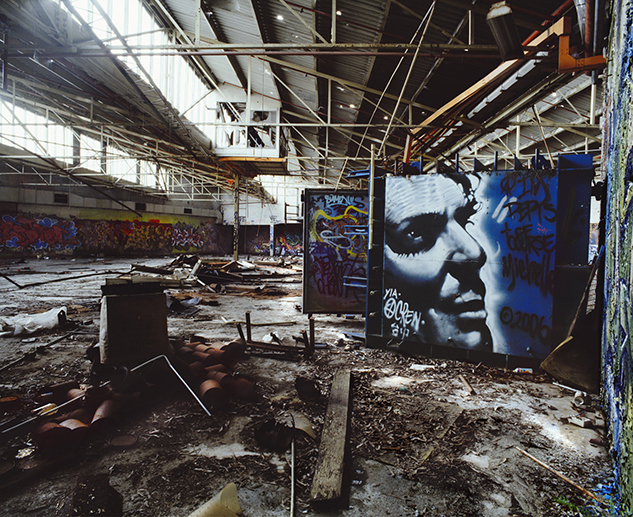 And yet the irony is not lost on me and I am sure no one here tonight that photography is of course concerned with light. And so there exits in the very notion of Lynn’s series of streetscapes at night, what he calls ‘Street Noir’, an intriguing incongruity. There are other contemporary photographic incongruities in the work too – Lynn does not prioritise the fleeting, the fast so often associated with the genre of the photographer working on the street. His camera is not the stealthy, easily hidden 35mm which revolutionised photography in the city. Lynn works with a medium format camera, he shoots on film using a tripod making long exposures some an hour or more.

Neon or Electric light is an important technical, compositional and in some cases metaphorical aspect of almost all of the images we see in this exhibition. And of course it was electricity which changed the nature of the city at night in the late 19th century. When I met Lynn during the week the idea of the cinematic quality in the work was a theme that he mentioned and is evident in his work. Cinema is the medium of electricity and electric light and Lynn photographs belong to an electric age that projects forward – possibly to the post electric, to a troubling or dystopian future where electricity seems to exist at the edges of human habitation. 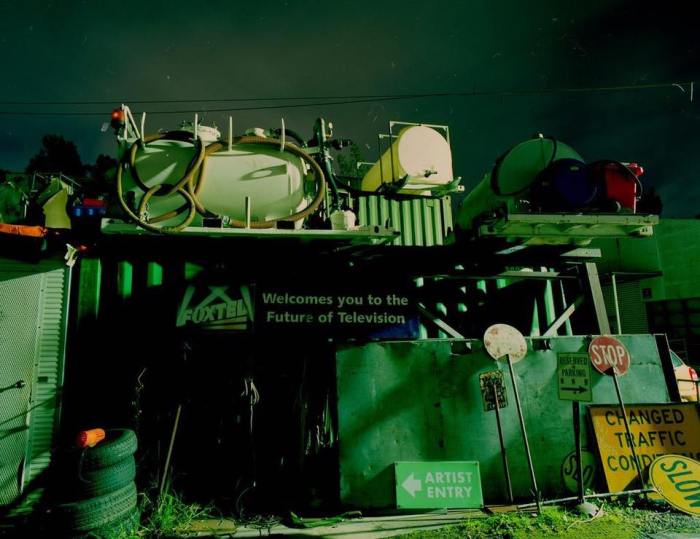 Words do not fade in Lynn’s photographs. His pictures are full of them! It is words and graphics that inhabit his scenes rather than people (Although there are people in some of his photographs and I leave it for you to find them). In one photograph we see him bring together a small sign announcing halal meats, an advertisement in Chinese and the perfunctory text associated with a multi-story carpark. This particular picture is crowded with urban text. The juxtapositions don’t seem particularly planned and Lynn doesn’t make a big deal of them. In this way he creates frames which both cleverly replicate the way our eyes make sense of the world in big messy cities – where side glances bring together the micro – disparate realities, functions and sometimes tensions, images that move and change and alter as we move through the street. At the same time they are intriguing and unusual photo specific overviews that we don’t typically register in our day to day experience of the street. And of course these messy cities aren’t often Canberra so while Lynn has photographed in Berlin, New York, Sydney, Melbourne and London he told me he finds it hard to make images in Canberra. 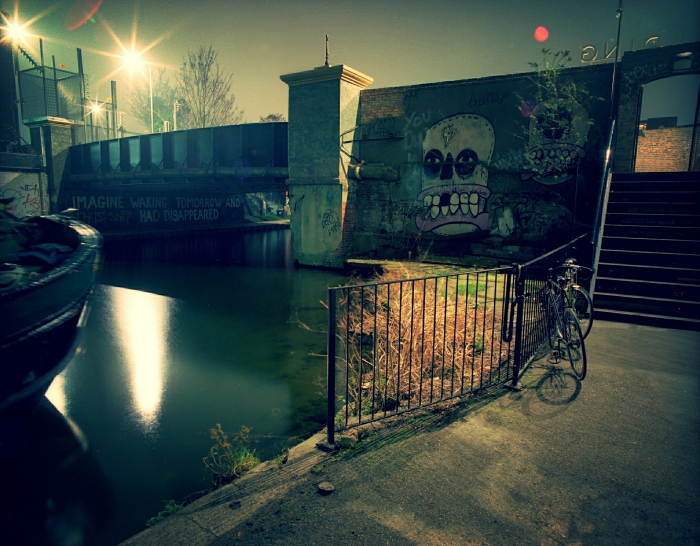 One of my favourite images in the show is the photograph taken in London along the canals that link the East End with the North of the city. Some of the reasons I love the image are personal – I lived in London and the canals were some of my favourite walks – but not at night. Though I lived in the city for a long time and it really got under my skin, Lynn’s photograph is not a London I knew well.  It made me think of a book I also love Night Haunts by Sukdhev Sandhu published in 2010. In it Sandhu illuminates the lives of night dwellers and workers in the city. People who inhabit the streets when most of us sleep – cleaners, police, minicab drivers, telephone councillors, fox hunters, insomniacs, sewer cleaners, flyposters and night club promoters and even in London an exorcist. Sandhu is a filmmaker and for him like Lynn the city at night is his muse at once captivating or beautiful and anxious.

I think one of the biggest challenges contemporary photographers face is to find a way to help us see new things or to help us see things in a new way. This is a daunting task particularly in a genre, street photography, which has provided some of the most defining images in the history of the medium from John Thomson, Eugène Atget, Cartier Bresson, Lee Friedlander, William Klein, our own Lewis Morley (Lewis also loved to cheekily include signs and graphics in his work) or more recently Paul Graham, or the Swiss Beat Streuli.

Lynn, I think one of the great achievements of your exhibition is that in this more than a decade of work you have refined and created images of the city as we haven’t seen them before –  a night vision that feels particular and sometimes uncomfortable, sometimes surreal, sometimes even funny but always much your own.

Magda Keaney is the Senior Curator of Photography at the Australian War Memorial. 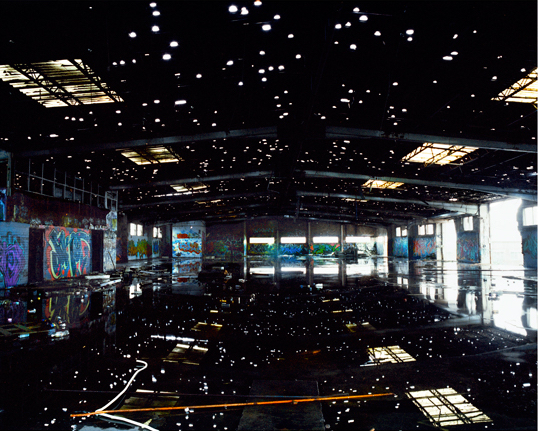